It’s been a long time since I’ve completely fallen in love with a video game like I did with Greedfall. I’m a gamer, but a bit of a fussy one – there are certain boxes a game has to tick for me to really get invested in it. Top of the list is the ability to create a custom female character, followed closely by having party companions and being able to choose dialogue options and make decisions that affect the game.

No surprises then, that my favourite games have always been RPGs – in particular, the Bioware flavour of RPGs. I’ve sunk a ridiculous number of hours into the Knights of the Old Republic, Mass Effect and Dragon Age series over the years, and always come back for more. Replaying these games is always fun, but it’s been a while since anything new has come out and I was looking for a game to fill that Bioware-shaped hole. 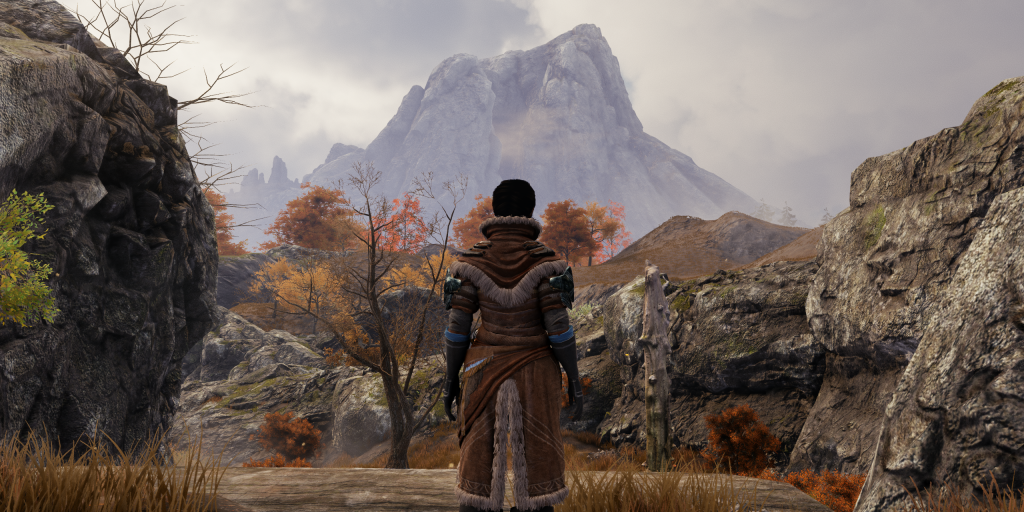 I was honestly not expecting to love this game as much as I did. It ended up becoming one of my favourite games – right up there with those old Bioware titles I first fell in love with.

In this game you play as De Sardet, acting as diplomat for your Governor cousin as you explore the island of Teer Fradee. I’m not going to go into too much detail about the plot – you really should just go play it yourself – but the story combines everything from colonial politics to deep, personal relationships, all set against the backdrop if a world filled with magic and wondrous nature.

Here are some of the top things I loved about the game (mild spoilers follow):

Don’t get me wrong, I do love the whole saving the world/galaxy thing, but sometimes it’s nice for the stakes to feel a little smaller, a little closer to home. Part of the reason you venture to the island is to try to discover a cure for malichor, the plague that is sweeping the continent, but the game never feels like this is a ‘save the world’ kind of situation. A lot of the narrative is intertwined with your relationship with your cousin Constantin, who is a governor on the island, and it’s in these moments where the personal stakes of the story really shine through.

Following on from the point above, another welcome aspect of Greedfall is how normal your character feels. There’s no ancient prophecy, no moment when your character comes into a significant position of power – you’re just trying to do your best to keep the peace on the island. Although you’re a noble and have a certain diplomatic status, you never feel more powerful or important than some of the other key players on the island. You have to play things right with the leaders of the different factions to keep them onside, and your governor cousin is usually the one giving you tasks to complete.

When it comes to combat, De Sardet can more than hold their own but they never feel overpowered compared to everyone else. In some cutscene interactions, you can find yourself on the wrong end of a gun, or trapped in tree roots by a native character’s magic. Even when a certain revelation is made about De Sardet’s backstory, its impact is more personal than world-shattering – it doesn’t spring you into power or place you above anyone else.

I love the sidequests in Greedfall. Okay, you’re always going to get some quests that feel a bit ‘back-and-forth’ or more trivial than others, but for the most part, sidequests in this game really felt integrated and well connected to the main story. It rarely felt like I was wasting time or going off on a tangent when there was something more important to do – the sidequests usually connected to one of the factions I was working with, or my companions, and worked to really build depth and understanding. They enhanced the story, rather than distracting me from it, and I enjoyed how well woven they were into the overarching narrative. 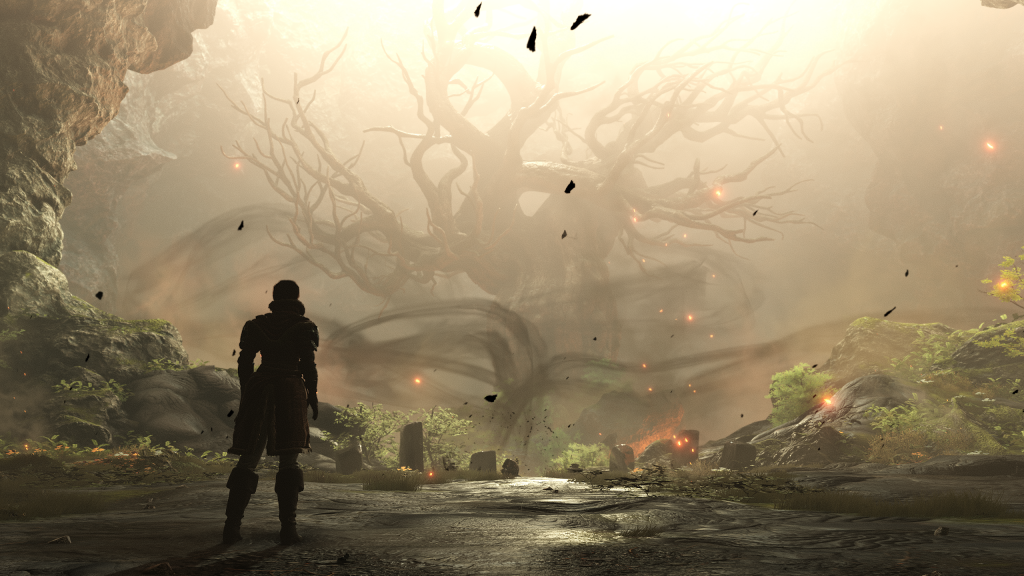 One of my favourite parts of playing RPGs is having a party of companions I can get to know. I’m very much a character-driven person and can forgive a weak plot if there’s characters I can fall in love with, and Greedfall certainly delivered on that.

As someone who is more used to the Bioware-style of companion interactions, Greedfall was maybe a little bit lighter on the conversation front than what I would normally expect, but I still loved getting to know my companions and seeing how they developed over the course of the game. As well as being able to talk to them in private conversations and helping them on personal quests, the companions often chipped in with their thoughts and suggestions throughout the game, which made them feel very alive and part of the story instead of just being silent followers. They’re also not shy in telling you if they think you’ve made the wrong decision, and will sometimes speak to each other about events that are happening as well, which just adds to the relationship dynamics.

Speaking of relationships, there are also romances in this game! It’s safe to say that Kurt has now joined the ranks of Carth, Atton, Alistair, Garrus, Anders, Reyes and Theron as favourite video game romances. Again, Greedfall takes a lighter touch to romances compared to my old favourite Bioware titles, but I still found it satisfying overall. One thing I would say is that there are no indicators on the dialogue options regarding what is the ‘correct’ line to pick to progress the romance, which can lead to you being locked out for picking one wrong dialogue choice! So if this is an important aspect of the game to you, I’d recommend reading a guide or downloading a mod to make it clearer.

A final point regarding characters – as well as the party companions, one of my favourite relationships in the game is that between De Sardet and their cousin, Constantin (who is an absolute delight, by the way). Their dynamic is equal parts hilarious and touching, and I really came to care for him throughout the game. He plays an instrumental role throughout, especially towards the end, and I loved the interplay and development of this relationship.

Another key feature of what I enjoy in a good RPG is the feeling that the choices you make matter in the game. This is another thing Greedfall does really well. There’s a key point into the game where one of your own companions will betray you if you’ve not taken the time to do their personal quests, and another companion may leave you if you make decisions they don’t agree with. If one of your companions asks you to complete a mission without hurting anyone and you go in guns blazing, don’t expect them to be quiet about it! I always enjoy it when characters have their own motivations and beliefs, and don’t always agree with everything the player character does.

This also comes into play with the different factions in the game. Part of the story involves building relationships with the leaders of the other factions and helping them in your role as diplomat, but if you handle these the wrong way, you’ll quickly lose reputation with them. The consequences of this are felt at the end of the game, where a faction will refuse to help you if you don’t have a high enough standing with them.

This hit me in my first playthrough, when I’d made the decision to kill one of the faction’s scientists instead of arresting him (in fairness, he was doing some pretty reprehensible things!). In the end, I wasn’t able to get a high enough reputation with the faction at the end of the game, and they refused to help me in the final battle. At first, I was a bit disappointed I hadn’t been able to get the ‘best ending’, but then I realised it was a result of the choices I’d made in the game, and it’s really nice to see those kinds of consequences play out. 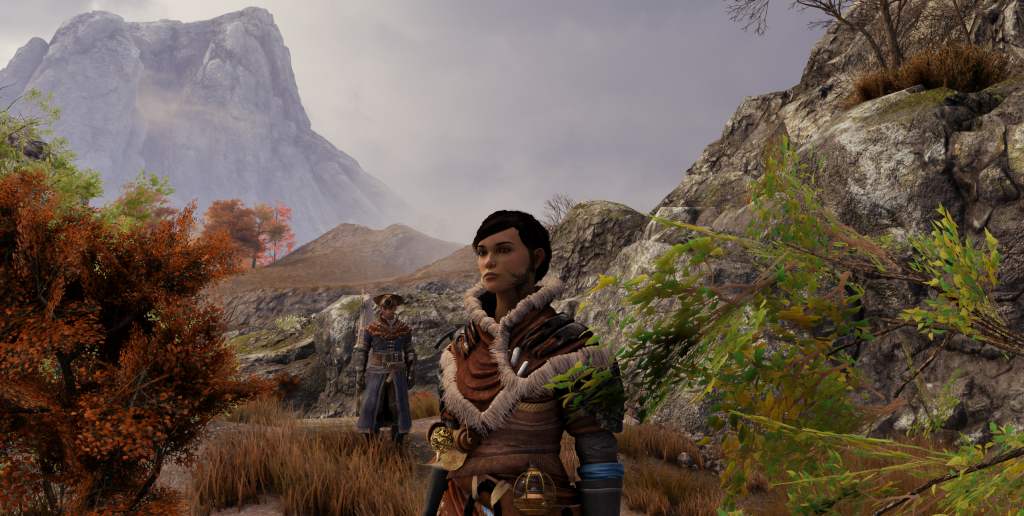 I really like how there are multiple ways to approach quests in Greedfall. Some are more straightforward than others, but there are certain quests that give you a real feeling of agency by giving you lots of different options in how to progress. There may be two different strands to a quest, and by following one option you close yourself off to the other. Pursuing one enemy might see another escape. You might be able to use your charisma or intuition talents to avoid a fight, or dress yourself in another faction’s clothing and sneak into their territory instead of going in guns blazing. Sometimes your companions even make suggestions about what options there are and what they’d like you to do, and it goes a long way in making you feel immersed in the game.

Granted, this only happens a few times throughout the game at particularly dramatic moments, but I absolutely loved it. These cutscenes reminded me somewhat of the slow-motion boss kills in Dragon Age Origins, but more cinematic in terms of camera angles. It’s just fun, dramatic and usually makes De Sardet look quite the badass!

You know their name, or you will do by the time you’ve reached the end of the game. De Sardet, legate of the Congregation of Merchants and cousin to the Governor of New Serene. And thank you, Spiders, for giving us the choice of playing a female main character. I love Lady De Sardet. She always feels very human and relatable all the way through, and I thought the voice acting was perfect – the quips, the emotion, the dramatic moments – all of it.

Her relationship with Constantin is a particular highlight – as are many of the charisma options which usually play on some amusing variation or another of ‘do you know who I am?!’ – and although you may not get quite the same range as in-depth dialogue options as some other RPGs, Greedfall more than makes up for it with how endearing their player character is.

If you love Dragon Age and other Bioware-style RPGs, then I highly recommend giving this game a shot! It ticks all the boxes for me and I can’t wait to start the new DLC that’s released today. Find out more about where to get the game!